Tomorrow’s release, which will be their first comeback in 14 years, will mark the group’s 19th anniversary. They also plan to hold a solo concert, titled “Remember, the day” on the 30th and 31st of December at Sejong University. It has been 16 years since S.E.S’s last solo concert, and the group plans to perform both the new songs from the special album and also old favorites from their large discography. The concert on the 31st will begin at 10pm, so that the fans can count down to the new year and the new album together with the members of S.E.S. Tickets will be available starting the 30th of this month, so check back in with moonROK for more info later.

In addition, S.E.S is planning on releasing a title track from their second album on midnight of January 2nd of next year, and releasing the second title track of this double title album twelve hours later, at noon of the same day. The full special album will also be fully released on the 2nd.

The group has released a schedule for all of their comeback releases, so check it out below and make sure to come back to moonROK tomorrow for the release of S.E.S’s “Love [story]” track! 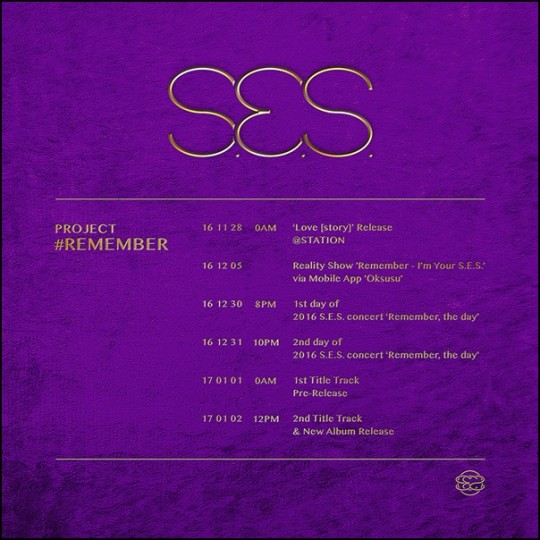