Sunmi Talks Returning to Wonder Girls, Storming Out of Rehearsals, Her Bunions, and More in Interview

The members of Wonder Girls graced the cover of September’s issue of Korean magazine, “The Star”, and in the accompanying interview, Sunmi opened up about what it was like to rejoin the group after leaving in 2010. Below is the translation of her one-on-one interview with the magazine editor.

I saw you at the showcase. It seemed like you were really nervous.

That’s right. That was my first time singing in front of so many people, and it had been a really long time since I’d done anything as part of Wonder Girls. This is my first promotion cycle [with the group] since “Nobody”. I was really worried. Could you tell?

A little bit. It’s good being back in Wonder Girls, isn’t it?

Yes! I was preparing for this album while I was promoting “Full Moon”. It was already the plan even as I was doing solo activities. The agency and I both already knew that my final destination would be Wonder Girls, you see.

How did the band concept come about?

To be honest it wasn’t like we just said, “let’s do a band concept!” First Yubin unni started learning drums in order to cultivate a sense of rhythm. Also Hyerim had started learning acoustic guitar as a hobby. I myself always liked music and knew the basics of playing bass. Since the members were learning, I followed along and learned too. Seeing that, we became an ensemble and it just naturally flowed like water.

You started last right? How many hours did you practice every day?

I practiced all day. I practiced by myself, I practiced with the group, I received lessons, and when I got home I played guitar. To the point that my members said they couldn’t sleep at dawn because I was too loud. There were a lot of times that I practiced for more than ten hours a day. I did it to that degree for a year and a half. 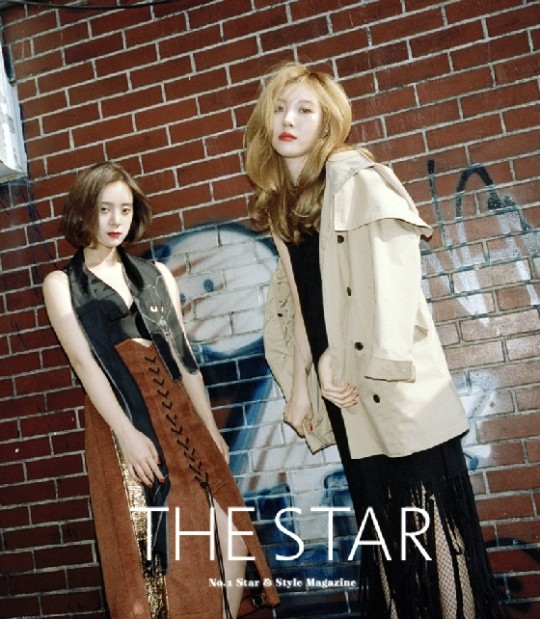 When people see my hands they’re really disappointed. They’re too unscathed, you see. I also wanted to form small calluses, but these are too small. However I really worked a lot harder than this. I’m a little sad that there’s nothing there. Everyone wants things to be dramatic, you know.

You said that while preparing this album at one point you stormed out and cried.

I doubt it was just one time (laughs). I cried alone a lot. I was really disappointed in myself. Everyone who looked at me had expectations that were too high. But it’s not like that anymore. But at the time I had a mental breakdown. Everytime it happened I would just go into my room alone and blame myself. I have that kind of personality. It’s very different from what I show, isn’t it?

Definitely. Since you’re so bright it seems like you’re never sad or anything. Do you have a method for overcoming that sadness?

No. I can’t overcome it. I sleep and wake up and do everything without overcoming it. It’s something I’m worried about too. It seems like this tendency is going to incapacitate me one day.

But you of course also had good memories.

When I was writing lyrics and songs it was so good. It was at the beginning you see. Everyone was doubtful about it. They said, “You’re just going to do whatever song they put on a spoon for you”. I painted a picture of Wonder Girls on pure white paper. Our sensitivity is exposed completely intact. The fans are confused. They said they had no idea that we could do something with this sort of sensitivity.

What kind of sensitivity?

The songs that I wrote are “Faded Love” and “Rewind”. The other members wound up writing dance songs. So I wanted to write something with sensitivity that people could empathize with a little more through the lyrics and the melody. Especially on “Faded Love”, I told myself that it would be really great if people could feel a sense of emptiness, and it really turned out that way.

Can you show us a little bit of the lyrics?

“Today I’m following the road we used to walk together. I resemble all of the bleak things that can be seen.” It’s these kind of lyrics. It’s a situation that anyone can experience. So people say that it seems like it was written by someone who’s read a lot of books, seen a lot of movies, and had a lot of indirect experiences (laughs).

I didn’t know that you were such a tender person.

I have a lot of worries on stage too. As you feel the music, you’re supposed to express it on your face for real, but sometimes I get confused between what comes out on stage as acting and what comes out on stage for real. In that way I feel I’m lacking. Then there are other times that I’ve totally messed up the performance because I get lost in thought. Therefore, lately I’ve been trying to go on stage with absolutely no thoughts in my head.

It seems like it’s especially that way for this album.

We seriously practiced so hard in the studio, but this was the first time performing on stage. The air on stage is so overwhelming. The sound output is also different, so we hear the sound differently on stage than we do in the practice room. I play the bass while listening to the drums in my left ear. But on stage, we use in-ear. I should play while listening to the drums, but on stage I can’t hear it. But if I take out my in-ear, I can’t hear my voice. All of those kinds of situations are of course difficult. Between the members we even talked about “should we just go and try busking?” We were that ready to go to battle for it, but it wasn’t enough. It doesn’t come out even half as good as it sounds in the practice studio. 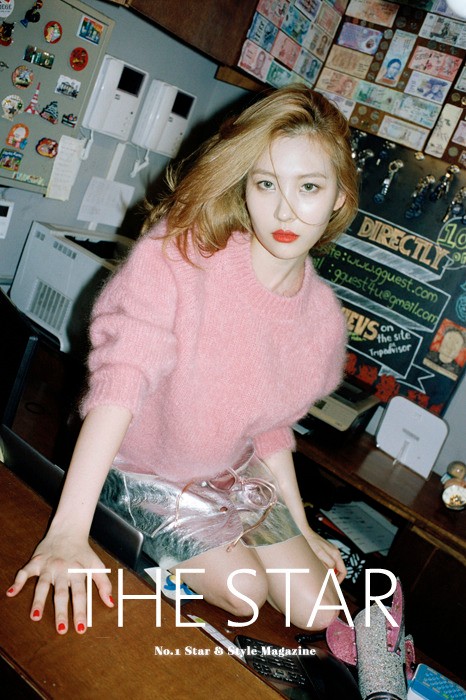 You had a really hard time for a while because of bunions. Has it gotten any better?

They’ve gotten a lot better. However when they hurt, they hurt. I wore heels for the first time after a really long time, and holding a bass turns out to be really heavy. You see out of all the instruments, bass is heaviest. But I just hold it in. I’m okay. Hee!

Is there a goal you want to achieve with this album?

Not crying. I don’t want to cry in front of anyone.

If you were to say that you had a goal as a singer?

No matter what road I would end up going down, Wonder Girls was never smooth sailing. Nevertheless, I want to show everyone our exceptional selves.